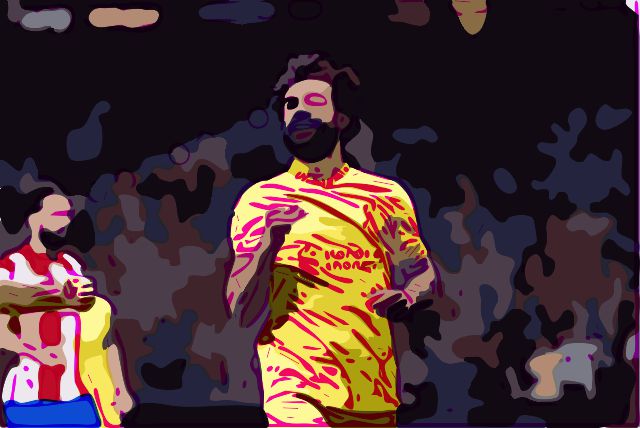 With the Premier League season reaching its midway point, the Golden Boot race already seems a foregone conclusion. Despite jetting off to Cameroon for the Africa Cup of Nations, Liverpool’s Mohammed Salah has pulled ahead of the pack in the hunt for the Golden Boot — grabbing 16 goals already this season as the Reds look to pursue a second title in three years.

Whilst most people scouring the English Premier League betting with Betfair would favour Manchester City for the title, the way Salah is scoring means Liverpool can’t be ruled out entirely. The 29-year-old still needs to better the 32 goals he scored in 2017/18 to beat his own individual record for goals in a season, but what about the rest of the table? Read on, as we look at some of the other leading goal scorers and see how far off they are from winning the Golden Boot.

The closest thing Salah has to competition where the Golden Boot is concerned comes through his teammate Diogo Jota. The Portuguese forward joined the Reds last season from Wolves and while he was used in his conventional wide role initially, injuries to Roberto Firmino have meant Jota is deployed down the middle as a false nine, and it has meant he’s hit double figures for the season already. Deadly in the air as well as with the ball at his feet, Jota’s versatility makes him indispensable in this current Liverpool team and although their form may have dropped in recent weeks, if the 25-year-old can carry on finding the back of the net, the title isn’t completely out of the question.

To put it simply, Jamie Vardy is ageing like a fine wine. Considering some people deemed him a one season wonder when Leicester City defied all odds to win the Premier League in 2016, the former Fleetwood Town man has become a stalwart in terms of top flight goalscoring.

With nine to his name so far this season, he will have been disappointed to not have contributed to Leicester playing in the Champions League over the last couple of seasons, and while the Foxes look a far cry from Europe based on current form, Vardy is trying to rectify those mistakes with a range of stunning strikes. Despite just celebrating his 35th birthday, Vardy still has the pace and vigour to poach goals for a few more years at least.

Certainly, the wildcard on this list, few would have expected Emmanuel Dennis to be in the hunt for a Golden Boot in his first season, but his goals could prove crucial in keeping Watford afloat come the business end of the season. Arriving from Club Brugge, Dennis spent the second half of last season on loan at German outfit FC Köln, and while he only scored the two goals, his performances clearly warranted the Hornets to spend £4.5 million on the Nigerian — a bargain of a fee in this inflated transfer market. It has proved sensible business so far and the Hornets will rely on him massively if they want to avoid the drop.

While he might only have eight Premier League goals to his name in his second stint at Manchester United, Cristiano Ronaldo’s name has to be in the conversation. Considering the difficult start United made to their season under Ole Gunnar Solskjær, Ronaldo briefly brought the feel-good factor back to Old Trafford, bagging a brace on his second debut against Newcastle and swinging the Premier league match predictions in the Red Devils’ favour. The four-time Ballon d’Or winner is enduring a tough time in front of goal on current form, but all it takes is another purple patch for one of the best players in the history of sport and he could get firing on all cylinders and give Salah a run for his money.

The Statistics: Berlin second-half performance earns draw away against Hoffenheim

Swapping Tynecastle for the trenches: the story of McCrae’s Battalion and...

The Data Zone: Brown hero for Portsmouth against Fleetwood Town